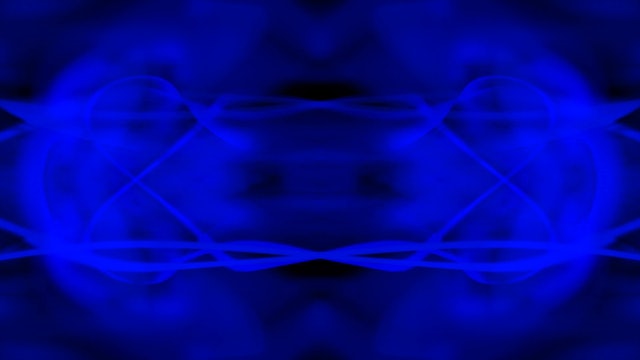 The third of 3 sets in the NIMA 2016 collection – Girl – is divided into two parts. Part 1 features a mosaic of blue forms that divide, bend, overlay, and change in density, sometimes resembling a body, a face, or proboscis; Part 2 also shifts patterns that resemble a kind of alien maw. Both parts loop (Part 1 flips into reverse at the midpoint), and their design evokes part silent movie, part surreal X-ray of amorphous, shape-shifting forms.

- Royalty-free
- Looped
- Silent
- Filmed off an analogue oscilloscope using a multiplexer and an analogue SD camera, recorded straight into Premiere, and layered with custom effects and colour plugins within a 1920x1080 project.
- Final file is a 1920x1080 H264 MP4 file at 29.97 fps.

Sets in the NIMA 2016 collection include Sorrow, Lake, and Girl. Please note: these clips cannot be resold, repackaged, or streamed for sale without written permission from the author, Mark R. Hasan.

HD extracts from original podcast montages can be viewed on my Vimeo (https://vimeo.com/markrhasan) and YouTube Channels (http://www.youtube.com/user/bigheadamusements), while some making-of details are featured at my filmmaking site (www.bigheadamusements.com).

Right-click this and copy the link address.

Watch on your Television

Watch on your Computer